The weeks leading up to Christmas are a lively period at the High Force Hotel and Waterfall. From roaring fires to festive food and friendly faces, it’s a special destination for a winter getaway. We caught up with new Head Chef Ben Heath to get a glimpse into the festive preparations. Ben started with us at Raby in October 2021 and is excited to bring a new flair for food to the table. Find out how his career has led him to Raby and what enticing flavours you can expect this Winter season.

Originally from Hartlepool, but having grown up in the South West, Ben began his early career studying forensic biology at the University of Glamorgan. A far leap from the likes of cooking it might appear. However, having decided this was not quite the right path for him, Ben was taken under the wing of his Uncle, Chef David Newstead and introduced to the world of cooking. The scientific approach of measuring ingredients and following a structured process to create a final dish appealed to Ben, “cooking is a science” he says. This experience sparked a longstanding passion for Ben which he grew through working in a number of prestigious restaurants in London, before returning to the North East where he continued building his career at venues including Wynyard Hall and The Auckland Project. Now happily living in Bishop Auckland, Ben loves the feeling of being “surrounded by culture” with the wealth of historic spaces, live music and restaurants on his doorstep. Having amassed a wealth of techniques from working with many Chefs and venues, he began increasingly experimenting with new flavours and combinations, developing his own style.

“I’ve always viewed cooking as a science and that when you’re putting things on a plate it becomes an art form. The way I see it, in a scientific method you take x reactents, put them under x conditions for x amount of time and you get x product. In cooking you take x ingredients – it’s exactly the same but it’s edibile!” 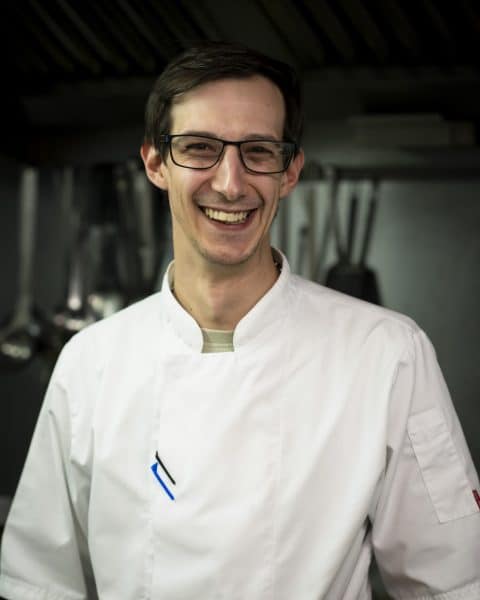 Ben was excited by the new Head Chef position at Raby, especially due to the local Longhorn venison and meats produced on the Estate. It would give him the opportunity to explore his style through new game dishes, such as his Pheasant Special. Ben’s cooking influence has largely come from European dishes, particularly French and Italian, which you can see reflected in the new menus at the Hotel. Interspersed with this you’ll see a peppering of Indian dishes from his time in London.

This December at the High Force Hotel, visitors can expect to see a new Winter menu on offer, as well as a distinct Christmas Day menu. Choices will feature a roast beef dish with garlic and thyme mashed potato and a brandy mushroom sauce. There will also be a vegetarian option of butternut squash with spinach and ghost’s cheese pithivier alongside a vegan puff pastry pie. Ben is looking forward to launching the new Winter menu and introducing a festive palette. Experience fruity flavours including traditional cranberry sauce alongside a hint of brandy, chestnuts and seasonal produce. 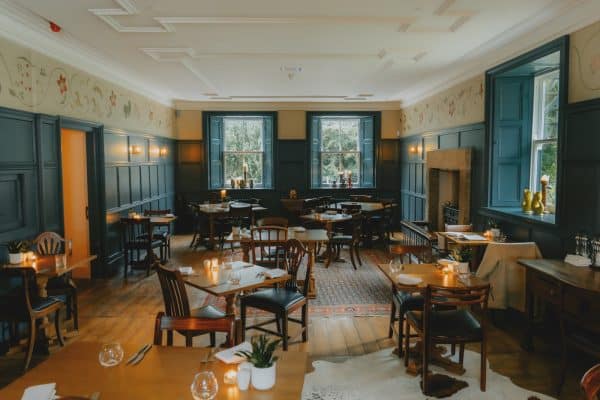 If you’re looking for a special Christmas experience this year, treat yourself and a loved one to festive fine dining after a wintery walk to High Force Waterfall. Or extend your stay and cosy up in one of our luxury en-suite bedrooms. Call us on 018233 622 336 to book a table or book accommodation online at