As we continue our Favourite Things series, Senior Guide Keith Simpson shares his fascination with one of the most dramatic paintings in the Castle, ‘Marcus Curtius Leaping into the Gulf’ by Luca Giordano.

This imposing piece of art takes pride of place in the dining room, where distinguished guests would have been entertained.

“What a painting! What is it all about? What relevance can it have today? Is it just some old painting by a long dead artist that is antique and antiquated.

I had no idea. My guidebook didn’t tell me much. I was clearly meant to be impressed, but why should I be? Why did it still have pride of place at one end of the Dining Room?

Lots of questions but what are the answers?

Marcus Curtius. A legend nothing more, but what a tale: after an earthquake in 362 BC a chasm opened up in the Roman Forum. The seers of Rome said it would never close unless Rome’s most precious thing was thrown into it. Marcus Curtius put on his armour, mounted his horse, drew his sword and declared “Rome can have no more precious thing than a brave citizen!” He then rode his horse into the abyss. The chasm closed, and Rome was saved. Hurrah!

What relevance does it have for a young gentleman doing the Grand Tour? It was about ancient Rome and all that was of interest to any Grand Tourist in the late 17th and early 18th Century.

What about now? Marcus Curtius gave his life to save Rome. The question in the last century, and this, is which of us would be prepared to do the same? Quite a daunting thought, and why this painting although old has a thought-provoking message for us right now.” 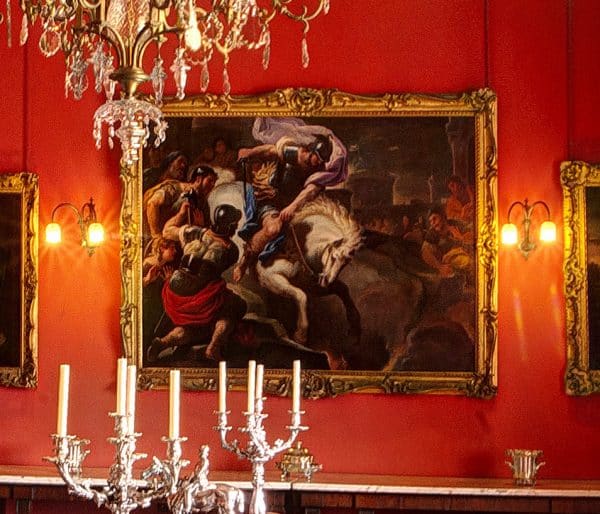 The painting of Marcus Curtius Leaping into the Gulf’ by Luca Giordano. 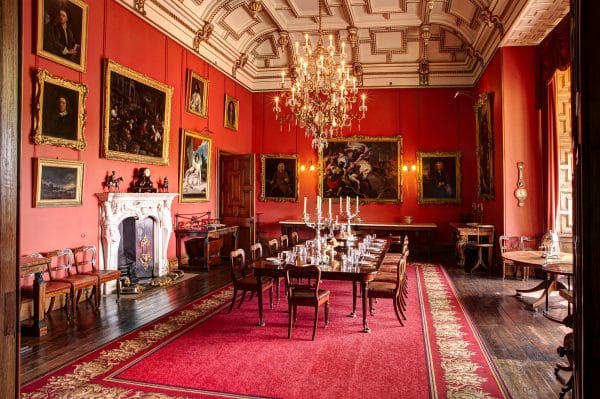 The work of art has pride of place in the Dining Room at Raby Castle.

Why not visit the Castle and discover your favourite things? The Castle is open to visitors Wednesday to Sunday throughout October. Tickets must be pre-booked and we are running morning and afternoon sessions to help us manage numbers safely. Book Castle, Park and Gardens tickets here

Read about Castle Custodian Alan’s Favourite Things in our blog