For this month’s Feature Friday with Historic Houses, we caught up with Interpretation and Engagement Assistant, Lauren to uncover some facts you might not have known about Raby’s Ponds.

Raby’s High and Low ponds have found their way into many a photograph of the castle and surrounding parkland. The 4th Duchess of Cleveland enjoyed seeing the castle from the south ‘doubled in the blue water mirror below.’ They were constructed in the mid-18th century, and formed during a programme of landscaping scheduled by Gilbert the 2nd Baron Barnard. High Pond (also known as Great Pond) was constructed around 1743, and Low Pond around 1748.

But did you know?

Raby once had a Moat Pond

In 1748, the moat which once surrounded Raby Castle was enlarged to form a moat pond. This can be seen in the plan of Raby estimated to be from around 1740-1760. This shows both High Pond and an expanse of water which circles the castle. The moat was later filled in- it no longer appears in an 1812 George Dixon plan of Raby, and the 4th Duchess writing in 1870 says of the moat: ‘the greater part of which is now filled up.’ When this occurred, the remaining body of water became Low Pond. 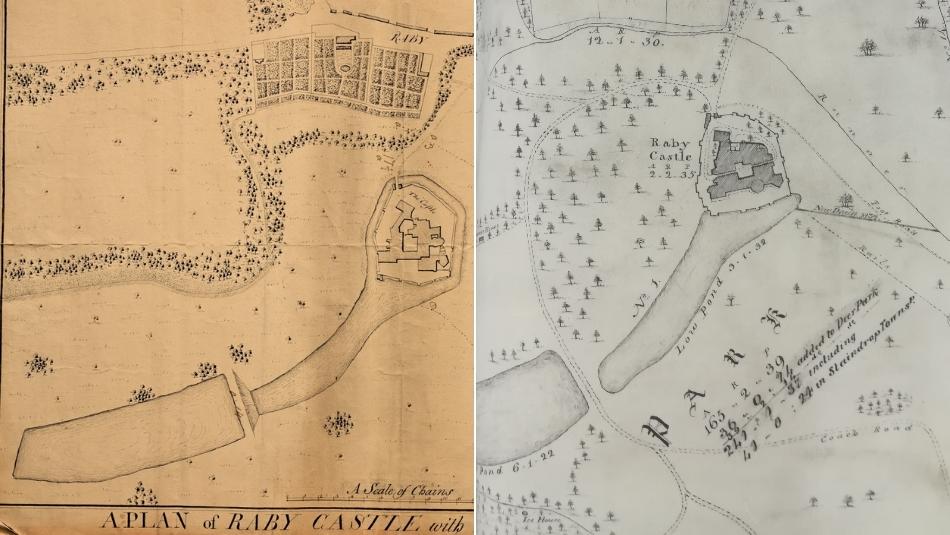 There used to be more ponds to the south-west

During landscaping works in the late 1700s, two ponds were created to the south of Raby’s Home Farm and Lady Wood was planted along the south boundary of the Park. A body of water can be seen below the farm in this 1818 Map of Raby. These ponds have since disappeared (they are no longer present on an 1860 OS map,) and have been replaced with marshy ground. In 1870 the 4th Duchess refers to the ponds:

‘To the south of the Home Farm there is some very pretty ground, falling into deep hollows where Langley Beck crosses it:  these were sheets of water in the last century, as Lord Darlington here made a succession of ponds, which subsequently got out of repair, and I am sorry to say have been filled up.’
– 4th Duchesses’ Handbook 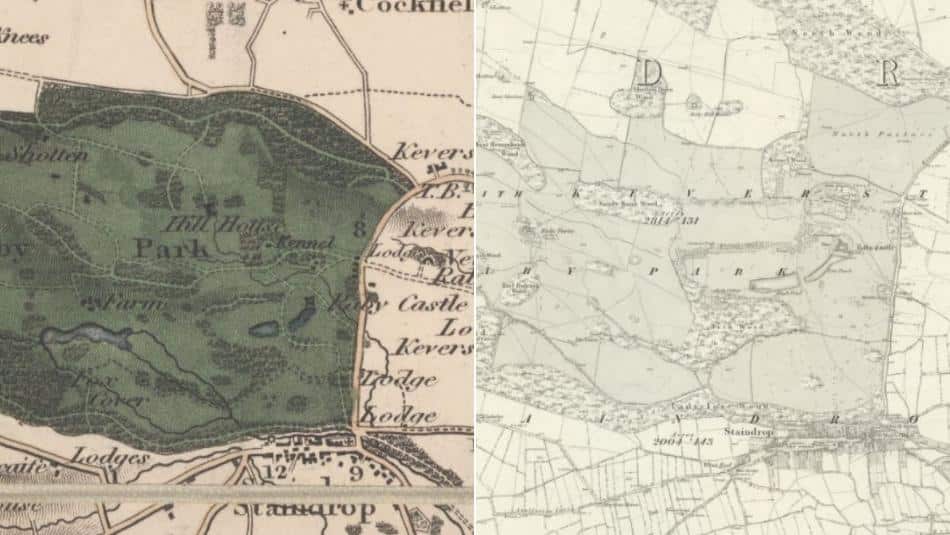 There used to be a boat house on the ponds

Historic plans from 1897 up until the 1950s show a Boat House located on the northern banks of the High Pond. This shows how the ponds were used for leisure over the years by the family and visitors to Raby. 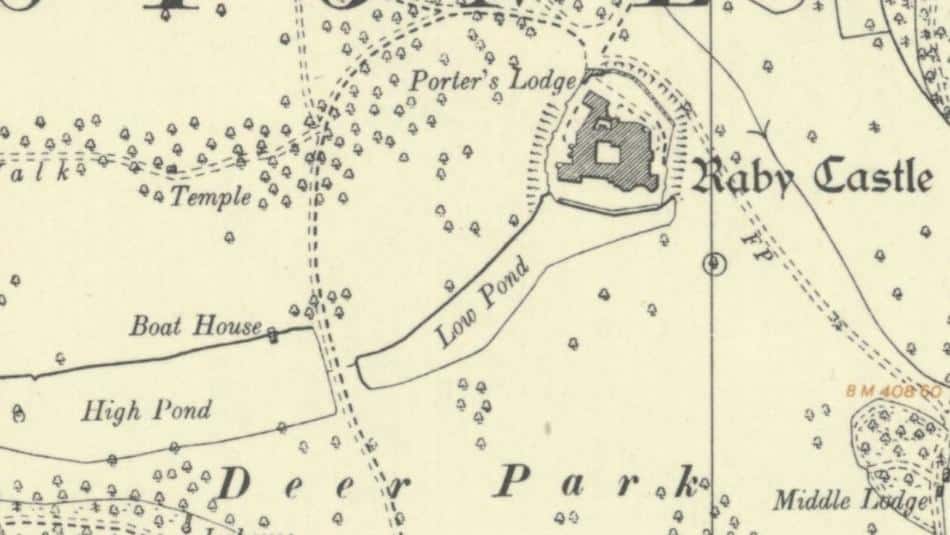 The ponds were very useful during wintertime

Arthur Galilee, who lived and worked on the Raby Estate throughout his life from 1923 onwards, spoke fondly of winter times by the ponds:

‘Never a year went by without at least two sessions of skating, hundreds used to congregate on the top pond, especially at weekends. John Robert Meynell, a farmworker from Home Farm was a marvellous skater and enthralled everyone doing the figure of eight.’

Ice gathered from the ponds would also be stored in an Icehouse in Bath Wood. Men were hired to remove and transport the ice to the specially made Icehouse, which would keep ice frozen until around June. This helped with food preservation and the production of iced treats when they became popular in the 18th century.

In 1774, Thomas White proposed an ambitious scheme for the park involving canals, islands and lakes while Raby was being re-developed by Henry, the 2nd Earl of Darlington. Most of the plans remained unexecuted, except for the previously mentioned ponds near Raby Home Farm.